What Does a Funeral Bureau Do? 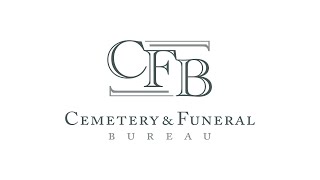 What Does a Funeral Bureau Do?

A funeral bureau provides many services and products, including a general price list and a cemetery directory. These resources are available to the public and allow consumers to compare similar goods and services for a more accurate cost. The prices of a funeral can range from a few hundred dollars to several thousand, depending on the type of service and merchandise chosen. For example, a burial or direct cremation can cost less than a traditional funeral service. In addition, some funeral homes offer package pricing that may include all of the necessary services.

Regardless of how you choose to pay, a funeral bureau has a policy that protects consumers. First, the funeral establishment must provide the services you requested. Secondly, it cannot accept any payment until the funeral services and merchandise are complete. One exception is insurance for pre-need services. Lastly, a funeral establishment can accept payments directly to a trust company. These companies are also required to submit an annual report to the Bureau to document the amount of money they receive and spend.

A complaint filed with a funeral bureau is taken seriously. When a complaint is received, it will be acknowledged in writing and the respondent will be given a chance to respond. Once the complaint is received, the executive committee of the Bureau will evaluate the complaint and determine whether it warrants further investigation. A summary of the case will be provided to all Board members. If the bureau finds that reasonable grounds exist, it will then proceed to a hearing and State Attorney General’s office.

The Board can also investigate complaints of a funeral establishment. Licensed funeral establishments must provide a statement listing the different items and their costs. The Board does not regulate prices charged by funeral homes. The grieving family can review the statement and contact the state attorney general to make a complaint. There are other laws regulating the use of potable water by cemeteries, so be sure to consult with a local cemetery to ensure your loved one’s ashes are disposed of appropriately.

A funeral bureau will require a funeral establishment to have a statement that lists all of the services provided. In addition, the funeral establishment cannot make false claims about the preservation of the body or charge additional fees for protective clothing. It should provide a statement that details the items selected and the price of each item. It should also provide an itemized statement of the items chosen and the cost of each. The Bureau does not regulate the prices of a funeral home.

The Bureau will acknowledge the complaint in writing and allow the funeral establishment to respond to the complaint. A written statement containing the items selected and the price of each should be given to the grieving family. The Board does not regulate the prices of funeral services and other companies. Its purpose is to protect the consumer. The Bureau will not investigate a complaint unless it is found to be justified. If there is, a formal investigation will be conducted.